Start typing and press
Enter to search
Skip to content

Amanda Victoria tells us where to quench your thirst for whisky, from the Big Apple to the City by the Bay.

Being on a first name basis with some flight attendants, it’s sometimes funny to think that cocktails and spirits have taken me around the world a few times over. After over a decade in the drinks business, I’ve finally convinced my parents that I have a real, grown up job. Drinking, as a pastime, has molded our society and even gone as far to influence the way we’ve developed as the freaking human race. It’s no wonder that DRINKING has also somehow afforded me to ride a massive wave, allowing the alcohol industry to take me places – many, many places!

Over the past nearing two years, I’ve had an intensive study of Scotch whisky within a role at The Scotch Malt Whisky Society. Prior to joining the whisk(e)y gold rush, I spent time specializing in French spirits and aperitifs, as well as a stint with Moet Hennessy’s Belvedere Vodka. With every company I worked for, I found myself in very specific educational leadership roles that allowed me to directly influence the way we drink in the USA.

Thankfully I’m able to live a healthy life as a frequent-traveling spirits professional (and runner!) because I’m conscious of what I’m imbibing, and you should be too! Drop the sugary sodas and swap concentrated juices for fresh-squeezed. Whenever possible, minimize your intake of sugar and also, of course, choose quality spirits!

But how do you determine a quality spirit? In the US, the ingredients inside of your booze don’t have to be listed on the bottle. That’s why it’s more important than ever to demand that producers tell you their story, from the garden to your glass. The best producers will often have a rich heritage and be transparent about their production processes. Often, they’ll even allow you to visit their facilities to see first hand what goes into the making of their product.

The Scotch Malt Whisky Society: the Apex of Rare and Covetable Whisky

Nowadays I’m running a whisky club across the country with a very small (and talented!) team, based in Midtown, New York City. Because we are a lean team, my title as “Communications Director” encompasses a lot of different hats that are predominantly influenced from successful past experiences working for many larger suppliers. As an all around “ambassador” for SMWS, I’m afforded quite a lot of travel to meet our members, appoint new official “Partner Bars”, host events, teach Master Classes, and overall seek out the very best places to drink whisky in nearly every major city in the country – all to share to the benefit of the Society’s loyal members. 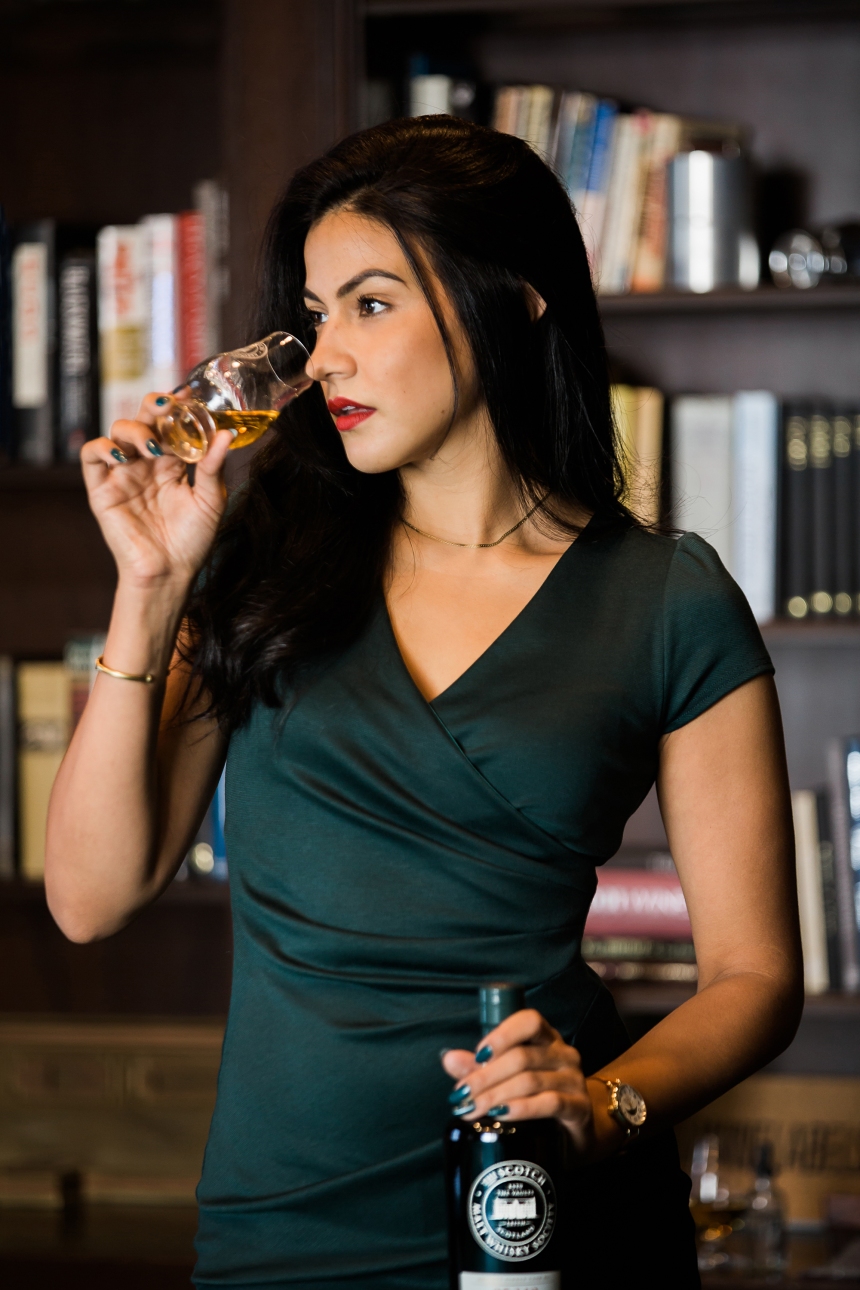 Here’s a list of my top five favorite whisky haunts in the US right now! 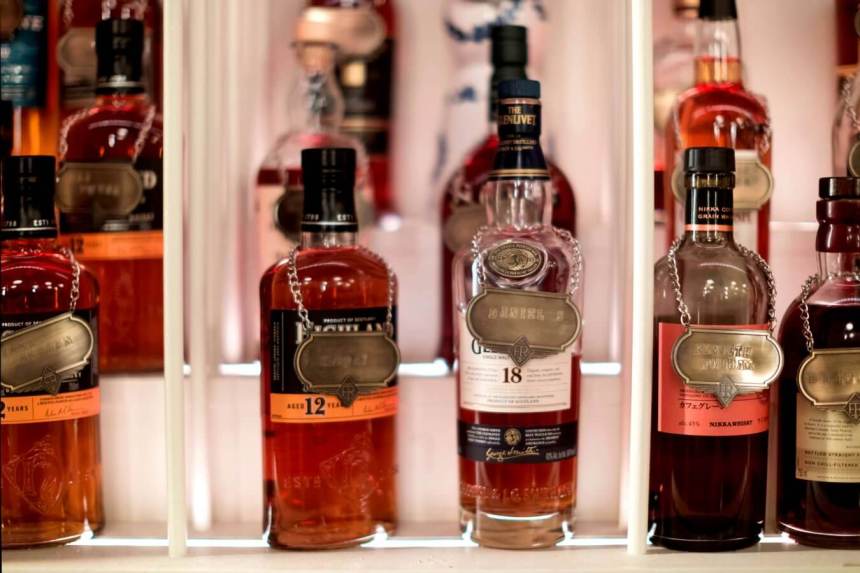 Fine & Rare is the newest spirits institution from the mastermind behind The Flatiron Room, Tommy Tardie. I’m honored to call Tommy a good friend and when I’m in NYC, you can often find me setting up post and taking most meetings at Fine & Rare. The venue itself is elaborately beautiful – from a stage where you can find live jazz on most nights, to elements of the bar styled in original accent pieces from New York’s Grand Central Station, no detail was left unturned by Tardie.

Tardie has a vast whisk(e)y and spirits collection to match the decor and a menu that is somehow classic and fresh and overall deliciously vibrant. You can even rent a locker there to store your go-to whiskies. 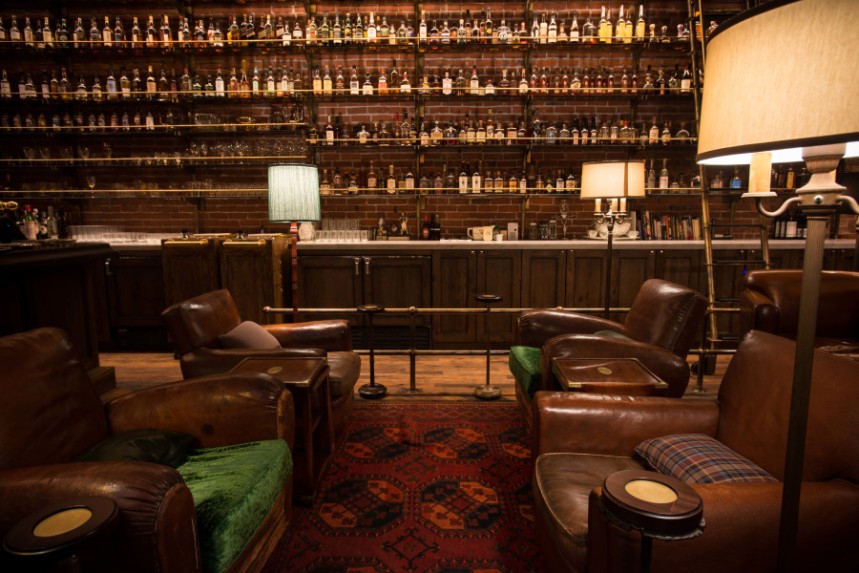 Portland is easily one of the most creative cities in the US today and as far as drinkers go, artistic, forward-thinking types really do it well. The Multnomah Whisk{e}y Library can only be described as a mecca; the large dim room is outfitted by big wooden décor and deep leather sofas – the bar itself is lined from floor to ceiling with hundreds, if not thousands, of whiskies you have yet to discover. On top of that, the barkeep has to use ladders to reach it all!

If you’re lucky enough to live close by to this place, you’ve got everything you’ll need to become the world’s next leading whisk(e)y expert. 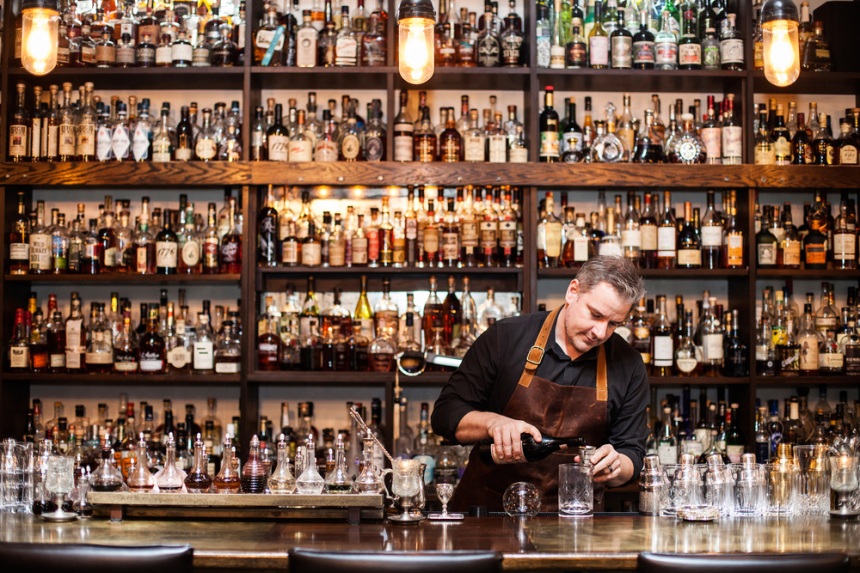 Canon is another establishment in the Pacific Northwest, this time in Seattle. What can I say – the PNW really knows whisk(e)y! Referring to Canon’s proprietor, Jamie Boudreau, as “detail-orientated” is a vast understatement. Boudreau’s cocktails and menus have won many industry awards on a global-level. He’s taken to keeping his menu and massive spirits list on iPads bound in leather for guests to learn as they order. The exotic vessels in which the cocktails are served in can hardly be called “glassware”. Canon is the epitome of innovation done with purpose.

Boudreau admits that he’s running out of room to store his collection, thus even the bathroom walls are lined in the rarest whisky you’ll ever tinkle by— single casks from yours truly, The Scotch Malt Whisky Society. 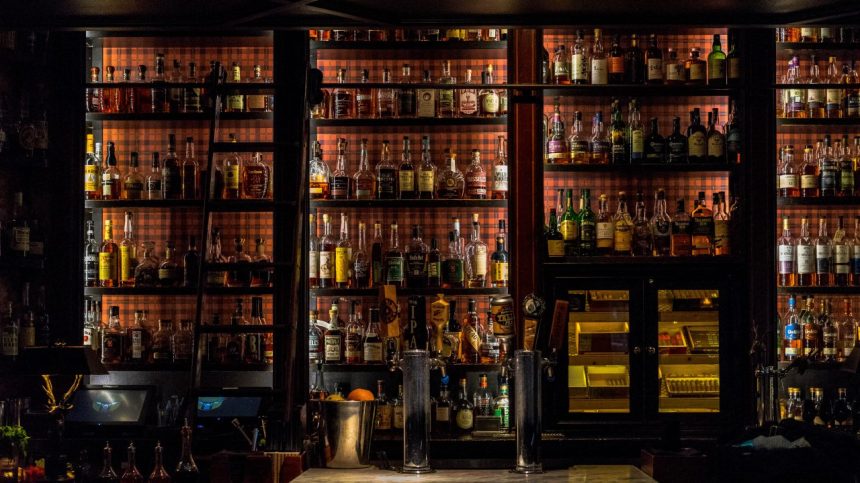 Hailing originally from Downtown Los Angeles, Seven Grand is from the same bar family that brought us the award-winning Varnish cocktail bar of the Milk & Honey family, from the late Sasha Petraske. What this means is that you can expect the most flawlessly executed cocktails, the best ingredients, and above all, signature hospitality. The bar itself is outfitted in pool tables for group fun, but what’s extra special about Seven Grand is the hidden bar in the back, Bar Jackalope. Guests who are members of their private society gather to drink, ahem learn, about whisk(e)y directly from the best suppliers, producers and even distillers on a jam-packed event schedule. I was lucky enough to host a session there recently with nearly 50 attending Whisky-lovers for a packed house in the dead of August’s heat. Rest assured this place attracts committed aficionados – with their considerable inventory, it is seriously the real deal.

With outposts in San Diego and Austin, you’re in good hands along the way. 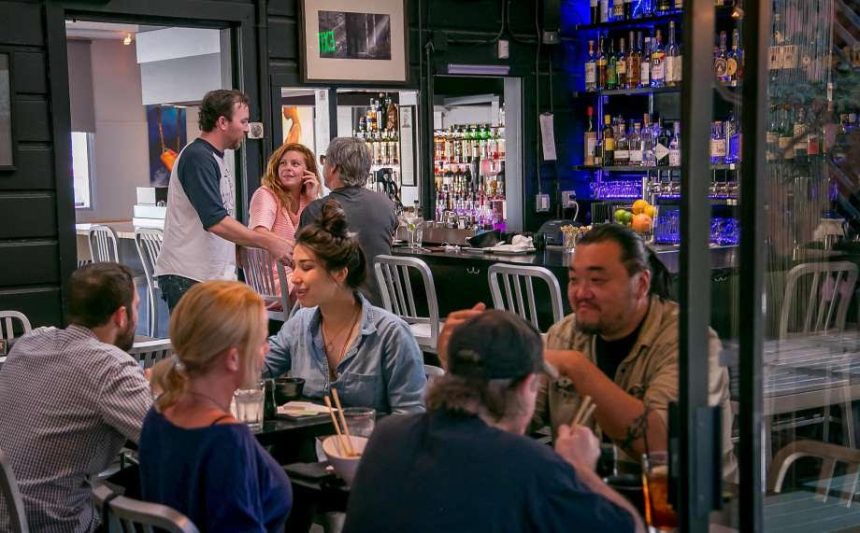 Lanny Lighthill and Scott Fluhrer are the talented men behind one of the singular best whisk(e)y collections I have ever sat in front of. When it comes to collecting the most rare stuff around, Moshi Moshi is stacked! Hailing from 30 years ago back when San Francisco’s “Dogpatch” neighborhood was more of an “industrial Riviera” rather than similar to Williamsburg, Brooklyn, Moshi Moshi can easily be considered a must-visit fixture for coastal San Francisco. Delicious cocktails are paired with the very best cuts of fresh fish for decadent sushi that is also somehow an absolute bang for your buck!

Visiting San Francisco and landing at SFO both hungry and thirsty? This is a worthy first stop.